You are here: Home / Marriage and Family / The Importance of Giving and Receiving Correction 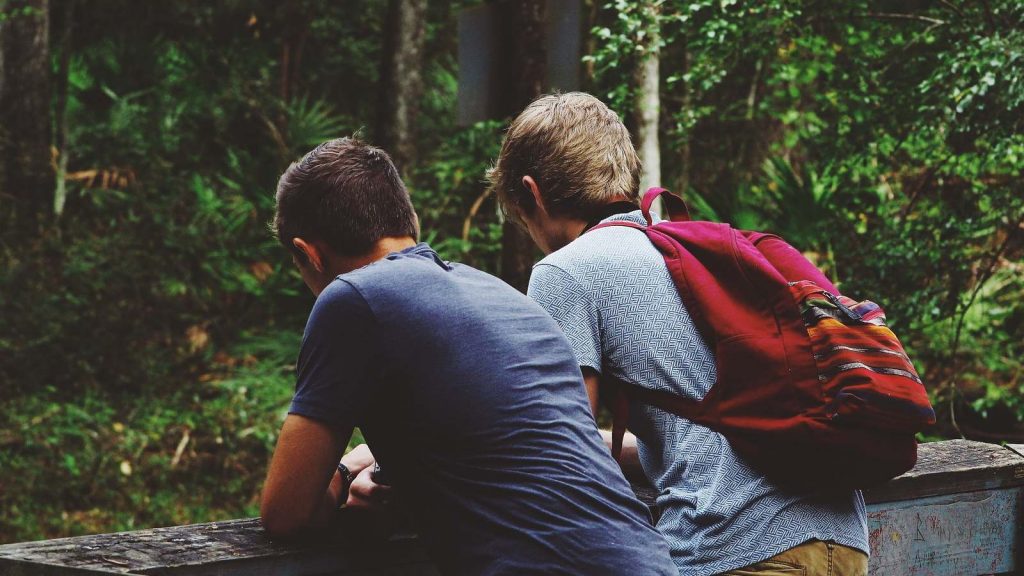 Giving and receiving correction well are vitally important, because we’re sinners! We sin against others, and others sin against us. These skills are necessary in marriages, families, churches, businesses—really any group or organization—that involves relationships, so they can be strong and healthy. Here are reasons giving and receiving correction well is so important!

First, the Bible Has a Lot to Say About Giving and Receiving Correction Well

I often tell the church I pastor that God does not waste words in Scripture. When He is repetitive, it is for a reason. God does not use highlighting, italics, underlining, or bold for emphasis, but He does repeat Himself when He wants to ensure we do not miss something. Since there are so many verses in Scripture dealing with giving and receiving correction, this point alone tells us it’s important. Consider the following verses just from the Book of Proverbs:

NOTE: There are more examples from Proverbs throughout the rest of the post.

Correction is vitally important to our maturity. Sanctification is the Holy Spirit convicting – or correcting – us about an area that needs to be more conformed into the image and likeness of Christ. Often the Holy Spirit will use people in our lives to accomplish this. Those close to us identify blind spots we’ve been unable to see. Whether it’s because of pride or ignorance, there are some issues in our lives that require the help of others to recognize the change that’s needed.

Receiving Correction Well Is a Possible Evidence of Salvation

Someone close to me was engaging in habitual sin. At best I thought he was backslidden, but more than likely I assumed he wasn’t a Christian. I spoke with him about his sin, explaining that when people are saved, their lives shouldn’t be characterized by sin.

Then I waited for a response filled with hostility and/or excuses, probably the words, “Quit judging me!” Instead, he said, “Thank you so much. I needed to hear this. I don’t want to live this way anymore.” Over the following weeks the person repented and made appropriate changes, which served as an evidence of salvation.

When correction can’t be given in a relationship, it’s almost impossible to move beyond a superficial level. Relationships that can’t discuss hurts or offenses are completely shallow. A real friendship – whether in a family or in the church – should be able to see either of the following take place:

A person’s wisdom yields patience; it is to one’s glory to overlook an offense.

This only applies IF we can do what the verse says and overlook the offense. If we’re still angry about something weeks, months, or – sadly even – years later, we need to go to the person.

Unfortunately, for every situation like these two, the opposite also takes place. People don’t have the humility or spiritual maturity to receive correction well. I’ll be the first to say this has been the case in my life too. When we see how much emphasis Scripture places on receiving correction well, how much effort should we put forth to respond well? Instead of pride and humility, we should say, “Thank you for telling me. I’m sure this wasn’t easy. I’m glad you cared enough about me to talk to me about this weakness of mine.”

When people sin against us, it can create an offense. We have to talk to the person that upset us. The alternative allows bitterness to develop, and it can have far-reaching consequences:

Lest any root of bitterness spring up causing trouble, and by this many become defiled.

Nothing ruins relationships faster than having an offense but not going to the person that offended you. The hurt festers creating anger and hostility.

We treat people differently when we’re upset with them, perhaps even unknowingly. The person who offended us will say, “You seem different toward me. Did I do something wrong?” We should share how the person hurt us, but we quickly respond in a dishonest way, “No, everything is fine.” We didn’t even know our offense had caused such a noticeable difference in our actions.

The world says love means letting people do whatever they want whether it is detrimental to them or anyone else. Disagreeing with someone’s choices or lifestyle makes you at best unloving, and at worst hateful. This logic demands sitting back silently while people make destructive decisions.

The Bible, on the other hand, points out the logical reality that love demands correcting people:

Do not correct a scoffer, lest he hate you; rebuke a wise man, and he will love you.

He will love you, because he has the wisdom to recognize you have done him a favor.

David saw it as an act of love to be rebuked by someone:

David invited correction, because he knew how important it was if he was going to live a life fully committed to the Lord.

When someone is sinning, correcting is what a friend does. Silence – or worse encouragement – is what an enemy does:

Open rebuke is better
Than love carefully concealed.
Faithful are the wounds of a friend,
But the kisses of an enemy are deceitful.

Rebuking is better or more loving than “love” that remains silent when it should speak up. A true friend will hurt you at times. Someone who praises or compliments when a rebuke should take place is not just unloving, but is an enemy because of the selfishness of supporting or encouraging a destructive behavior. Here’s the same truth:

Comparing Ecclesiastes 7:5 with Proverbs 27:6 it is better to be wounded/rebuked by someone wise than kissed/sung to (or praised) by a fool/enemy.

A Biblical Example of a Loving Friend

Nathan the prophet was a faithful friend to David. When David’s son Adonijah rebelled against him, two of David’s closest friends – Joab and Abiathar – tragically joined him (1 Kings 1:7). Nathan stayed faithful to David though. He warned David about the betrayal through David’s wife Bathsheba (1 Kings 1:11-24).

Was this the greatest example of Nathan’s friendship? I don’t think so. I think the greatest example took place years earlier when Nathan confronted David about his sins of adultery and murder. David refused to repent. He tried to hide his sin, and for almost a year he had been able to do so. But then Nathan visited David and told him a story about a man who acted very wickedly. David didn’t know the story was about him. Nathan revealed the truth:

So David’s anger was greatly aroused against the man, and he said to Nathan, “As the Lord lives, the man who has done this shall surely die! And he shall restore fourfold for the lamb, because he did this thing and because he had no pity.”
Then Nathan said to David, “You are the man!

What About, “Judge Not, That You Be Not Judged”?

Second only to John 3:16, Matthew 7:1 might be the most well-known verse in Scripture, and the most misunderstood and misinterpreted. There are people who have never opened a Bible, but if they’re corrected they’re going to respond with Jesus’ words.

When Jessica Simpson received criticism from the Christian community she said:

It didn’t really surprise me because I grew up with a lot of that backlash. That’s why I didn’t end up going into the Christian music industry. I think that if they’re really good Christians the judgment wouldn’t be there.

That pretty much sums up the attitude of many people. This is the mentality in the world, and unfortunately it can even be a mentality that creeps into the church.

Some people love to throw out Matthew 7:1 as though you can never say anything is wrong. But there is a real inconsistency – and even hypocrisy – with these people. Those who condemn others for judging do plenty of judging themselves. If you asked some of these people, “Is it wrong to murder, abuse children, or steal from others?” unless there is something wrong with them, they’re going to say, “Yes.” In answering in the affirmative they are judging.

You might be quick to say, “They’re only judging the action, not the person and that’s different!” Then imagine asking, “What do you think of Hitler, Stalin, Jeffrey Dahmer, or Charles Manson?” Are they going to say, “Who am I to judge? They were just following their hearts. I can’t say what they did was wrong. They were simply doing what they thought was right!” Again, they’re going to judge by recognizing the wicked actions of these people. The real irony is people who claim we shouldn’t judge get upset when others judge. They are judging people for judging.

People who criticize others for judging do plenty of judging themselves.

A few verses after Matthew 7:1, in Matthew 7:15-20 Jesus discussed good and bad trees that represent people. Twice He says “you will know them by their fruits” (Matthew 7:16, 20). The fruit represents the “produce” from a person’s life. The process of looking at fruit to determine whether it is good or bad is judging.

The mature…have their senses trained to discern good and evil.

Mature Christians can discern – or judge – between good and evil.

Those who are spiritual judge all things.

The word “spiritual” is synonymous with “mature.” These people evaluate everything around them:

And when we judge something is sin, we have a responsibility to correct that person.